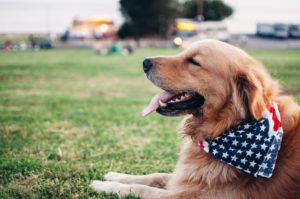 Anyone who puts their beloved dog on the couch would agree that, for most people, dogs are not parts of the property that can be randomly shared, but they are family members, or at least animals with rights to consider. Now, family law courts around the country also recognize this, and several states have adopted statutes for divorce law that state exactly that.

Alaska became the first state to adopt such a measure, and it did so in 2017. Illinois followed suit in 2018, and California later joined the club in 2019. The states have separate laws. In Alaska, for example, animal welfare must be taken into account. In California, judges have the opportunity to consider the welfare of an animal, but generally do not have to do so in all cases.

It should also be noted that most people will immediately think about dogs when they divorce. However, these laws actually apply to all animals that are a couple’s pet. So whether it is a cat or an iguana, the animal would qualify.

When states introduce measures such as pets and divorces, the movement accelerates across the country. Even with much hotter debates, such as medical marijuana and then fully legalized recreational marijuana, and same-sex marriages, as soon as many states began adopting such measures, others began to do so faster.

In a few years, it would not come as a surprise to me that more and more states around the country are recognizing pet rights at the time of divorce. Also keep in mind that there are cruel animal laws that can lead to offenders getting to prison. Therefore, looking at animals as creatures with rights and rights to protect their welfare is not a great leap of logic.

Of course, as we have already discussed, pets are a matter for individual states. If you are changing your divorce case or you may do so in the future, you only have to comply with the official laws of your state. That is why it always makes sense to work with an experienced professional who is familiar with all local laws.

Caring for animal welfare is something that matters to many people. This is a positive step forward when you consider their well-being in pet and divorce cases.